Inspired by the project led by the Corning Museum of Glass, which looked at holdings of Blaschka models, I am embarking on a project to map and document collections of Brendel botanical models worldwide.

The objective of this project is not only to provide a useful resource to be used in the curation of anatomical models, but to document their past and present use – promoting and bringing awareness of these collections to new audiences.

The nineteenth century was the golden age of scientific discovery, and as the century progressed, the teaching of science in schools, academies and museums evolved to reach a new mass public audience. Science was no longer the exclusive preserve of an elite few.

Changing teaching techniques promoted this transformation and pedagogical inquiry was seen as a constructive and involved way of learning. The written and spoken word was supported by the use of visually instructive wall charts and classroom demonstrations. The introduction of interactive teaching models encouraged audiences to understand nature using new and original perspectives.

Botanical models were used to illustrate and demonstrate plant anatomy. Unlike living material, their use was not restricted by seasonal availability and they were ideal for demonstrating small or ephemeral details which are difficult to preserve.

In 1827 Louis Auzoux established his workshop in France, manufacturing human and veterinary anatomical models from papier-mâché. The company also produced botanical models, which were widely distributed to universities and schools in France, particularly to support the expansion in teaching agricultural science.

END_OF_DOCUMENT_TOKEN_TO_BE_REPLACED

What is your role on the NatSCA committee?

My main role over for the last four years has been organising our annual conferences at York, Bristol, Derby and Cambridge museums.

There’s a lot of work involved in putting the programme together and it’s a great team effort, along with our fantastic treasurer and the staff based at the various venues. I have found it very rewarding to see us expand our audience and develop our programme themes.

I am currently a member of the of the journal editorial board and NatSCA bursaries/grants sub-committee. 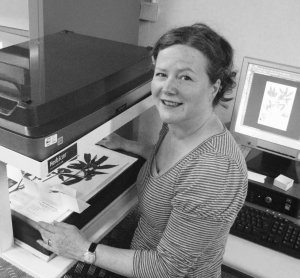 END_OF_DOCUMENT_TOKEN_TO_BE_REPLACED

As a Curator at a Sporting Museum you may be wondering how my blog relates to Natural Science Collections… I am lucky enough to work at the National Horseracing Museum; part of the National Heritage Centre for Horseracing and Sporting Art, recently shortlisted for Museum of the Year 2017!

A major redevelopment and move to a 5 acre site has allowed the Museum a huge expansion.  Our new galleries include exhibitions dedicated to the science of the sport and the racehorse. Within these we are fortunate to possess some specimens on long term loan as well as some wonderful new loans from our fellow, and more obviously natural science, museums.

The redevelopment has been a great way to (rapidly) develop collection handling, packing and moving skills! (© National Heritage Centre for Horseracing and Sporting Art and Animal Health Trust).

The skeleton of racehorse Hyperion was on display in our old Museum and formed the main focus of the previous scientific displays along with a small veterinary collection.  We have a few other equine specimens in the permanent and loan collection; two taxidermied horse heads, a tail and, my particular favourite, our mini spirit collection of 3 horse forelimbs and an aneurysm. END_OF_DOCUMENT_TOKEN_TO_BE_REPLACED