Written by Jack Ashby, Assistant Director of the University Museum of Zoology, Cambridge.

A key aspect of taxidermy is that it permits the viewer to forget the animal is dead – something that is rather hard to miss when considering skeletons, specimens preserved in fluid, or insects with a pin stuck through them. Allowing ourselves to be tricked into thinking we are looking at a living, breathing – albeit very still – creature is surely one of the reasons that museum visitors so often ask, “Is it real?” when encountering taxidermy on display.

Eventually, it is the stillness that breaks the illusion, along with the obvious realisation that, no, it simply isn’t possible for a live tiger/antelope/walrus to be sat there behind glass in an urban building.

END_OF_DOCUMENT_TOKEN_TO_BE_REPLACED

Decolonisation is about breaking down systemic hierarchies, where European narratives have been considered superior to any others. In this talk, I will be asking whether this can be applied to the way we talk about Australian mammals.

My argument is that the ways in which museums and other sources represent Australian animals today are often fundamentally pejorative, and reflect an ongoing subconscious colonial bias. This attitude begins with the colonists and explorers of the 17th and 18th centuries, but remains detectable in the ways that Australian wildlife is interpreted today, in museums, TV programmes and in the popular zeitgeist. This may sound extreme, but I will be asking whether the zoological and socio-historical stories of marsupials, platypuses and echidnas may intertwine to have severe impact on global politics.

I will explore some common tropes for how Australia’s wildlife appears in our museums, and propose language and narratives to avoid perpetuating colonial narratives in museum interpretation.

END_OF_DOCUMENT_TOKEN_TO_BE_REPLACED

This article was first published as a blog for University of Cambridge Museums, 1st June 2020.

Our audiences are full of creativity, something we see in bucketfuls at our events and workshops. We wanted to go further, and showcase audience creations and collaborations in our programming and displays.

As a Museum celebrating the wonders of the natural world, we have an innate desire to protect it. We have committed to embedding sustainability into our public programme : tackling the materials we use and considering the impacts of activity outputs. Not all craft day creations end up on the fridge, let alone as an item cherished for life. Could we bear the thought of our logo sitting atop a landfill?

With this focus on collaboration and sustainability in mind, and with the help of the artistic mind of volunteer Fanny Bara Moreau, we designed a summer activity with longevity at its core.

Every summer, the University of Cambridge Museums box up their wares and head out into the weather with themed activities to communities across the city with Cambridge City Council’s Big Weekend and Children and Young People’s Participation Service (ChYpPs). Summer 2019 had a tropical oceans theme at the Museum of Zoology, with the goal of inspiring conversations around the conservation of our coral reefs. We wanted to use this as an opportunity to bring audiences together through shared making and showcase their creations in our programmes and displays.

END_OF_DOCUMENT_TOKEN_TO_BE_REPLACED

Written by Jack Ashby, Assistant Director of the University Museum of Zoology, Cambridge.

One way that museums can decolonise their collections is to celebrate the true diversity of all the people that were ultimately responsible for making them. We often say things like, “This specimen was collected by Darwin”, or whichever famous name put a collection together, when in reality we know that often they weren’t actually the ones who found and caught the animal.

Museums can be rightly proud of their “hero collections” and the famous discoveries represented by them. Acknowledging that they did not work alone does nothing to diminish their accomplishments. We just need to make clear that other people made enormous contributions to their successes, and celebrate them too.

Undeniably, natural history museums have overwhelmingly celebrated dead white men. A major strand of decolonisation work is to show that a greater diversity of people are, in fact, represented in the history of our collections. But in reality, their contributions are rarely documented.

Lately, I’ve been looking at the collection of birds here at the University Museum of Zoology, Cambridge, that Alfred Russel Wallace brought back from his eight-year voyage to the Malay Archipelago. Any museum with Wallace material considers it among their treasures. He co-discovered evolution by natural selection, added mountains of invaluable specimens to museums worldwide, and founded entire scientific disciplines based on his interpretations of what he saw. And he gives a lot of credit to the people of colour who collected much of his material.

END_OF_DOCUMENT_TOKEN_TO_BE_REPLACED 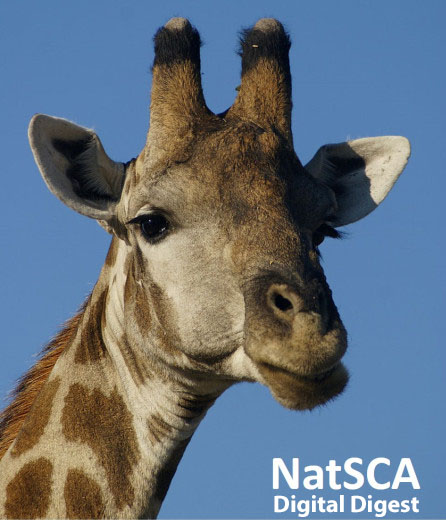 Welcome to the August edition of NatSCA Digital Digest!

What Should I Read?

We’ve got three great NatSCA blogs to read this month. Donna Young, Herbarium Curator at World Museum, Liverpool, writes of her quest to map and document botanical models manufactured by the Brendel Company of Berlin, now found in collections across the world. Be sure to fill in the survey if you have any in your institution.

A blog by Jack Ashby, Manager of the University Museum of Zoology, Cambridge, tells us about the aims and processes behind a new art exhibition at the museum, ‘Evolution as Inspiration’.

Christine Taylor, Curator of Natural History, Portsmouth Museums, writes about the HLF (or NHLF) funded project to share and raise the profile of the city’s natural history collections, ‘Wild about Portsmouth’.

The Museums Association has published articles covering a range of political issues affecting the sector. Nicky Morgan has become the latest Culture Secretary through the rotating door of cabinet members, and further cuts to local authorities have put museums in Bradford under threat of redundancies and closure. The sector-wide discussions surrounding the decolonisation of collections, human rights and corporate sponsorship continue as Ahdaf Soueif resigns from the British Museum’s board of trustees, citing the museums lack of a ‘clear ethical position’ on such issues.