Back in 2013, Naturalis conducted a research project about arsenic in the museums’ specimens. The goal was to determine if arsenic was spreading from the collection areas into staff and or public areas of the museum. We tested many specimens with an XRF but also tested the elevators, door handles, floors, shelves, keyboards, etc. From this testing we developed protocols about handling specimens and how we use the spaces in the collection. You can read all about that project over here.

What didn’t get tested were the large mounted vertebrates. Back in 2013 the Naturalis collections were spread over a number of warehouses around Leiden. Because these external buildings were considered depots only (meaning no offices/canteens in these spaces) there was less concern about arsenic contamination in non-collection areas. The large vertebrates were considered to be high risk specimens (so very toxic), and were handled as such, they never had their moment with the XRF.

Fast forward to 2021 and after a massive renovation to our main building, nearly all the collections are under one roof and we have time to do some conservation and restoration work. We identified 25 specimens in need of stabilization and restoration. These include: ocean sunfish, hippopotamus, a gavial/gharial, a few different types of buffalo, an elephant, and mounted Cetacea skins, among others. The majority of these specimens are between 100 and 200 years old. In anticipation of this restoration work, we wanted to find out just how much arsenic, lead and mercury these specimens contained.

As was done in 2013, we used the XRF to look for arsenic, lead and mercury. Each specimen was tested in multiple places: eyes, ears, around the mouth, along the belly seam, any cracks in the skin, and the feet/hooves. Each of the specimens was tested in as few as 3 and as many as 9 places; as it is essential to test several areas because negative test results can be obtained, even if a specimen is contaminated. This time we recorded consistently high arsenic levels, which was not a surprise, what was a surprise was how much mercury and lead was found compared with 2013. Back then we’d found high levels of lead (higher than 600ppm) in only 5 of the 36 specimens that we tested, and the 2013 testing turned up no detectable levels of mercury in any of the tested specimens. What was going on?

In short, we think that size makes the difference, our testing indicates larger specimens received larger amounts of pesticides. Arsenic and mercury (mercury chloride) were used as pesticides in taxidermy throughout history until the 1980’s and there are records of many taxidermists liberally using toxic cocktails for preservation. Perhaps thicker skins, such as that of an elephant or hippopotamus received more pesticides than a sparrow hawk or blackbird (species tested in 2013) would have gotten.

The variation in high amounts of lead is not so easy to explain. Lead was used as lead paint on the soft parts of mounted animals and sometimes was used to model cartilage (in ears, for example) of mounted animals. In general we found if a specimen had a lot of lead, then it had a lot of lead everywhere. Perhaps hides of animals with sparse or no hair were painted with lead paint: for example, we did find more lead in the cape buffalo and ocean sunfish, and less in the zebu. This was different for the arsenic and mercury; which were mostly present in the soft tissue parts of the bodies: around the eyes, mouths, ears and genitals. However, it was unexpected that the arsenic was also very heavily present around the horns.

The next step is to create a protocol of how to handle these specimens when they are undergoing restoration. One of the challenges we are currently facing is that Naturalis does not have a dedicated work space for large restoration projects and we are trying to figure out where this work could be safely done. The specimens are in a depot but we are nervous about cross contaminating nearby specimens, however, due to their large size, just moving these objects out of the depot door is a challenge. One option would be purchasing a sort of party tent so that we can keep the dust contained. We welcome suggestions from readers who have experience in the area of large specimens/pesticides/restoration or want to join us in our biohazard party tent.

Many of us have probably been approached by eager PhD students and other researchers who want to snip a bit off those specimens or drill a few holes in others. As curators we start to feel somewhat uncomfortable about seeing our precious collections sliced and diced, and yet we are also keen to discover more about the genetic content of our specimens for their own sake. This is partly because collectively we can contribute to studies that benefit wild populations of species, including the conservation biology of many endangered species and the possibility of rewilding extirpated species. You may also have a chest freezer bursting with grip-seal bags or plastic tubes filled with tissue samples collected from specimens you have acquired, but you’ve no idea what to do with them, but you know they will be useful one day. Or maybe you have a freezer full of specimens you want to get rid of. CryoArks is a new initiative that just might help you to solve all these problems. 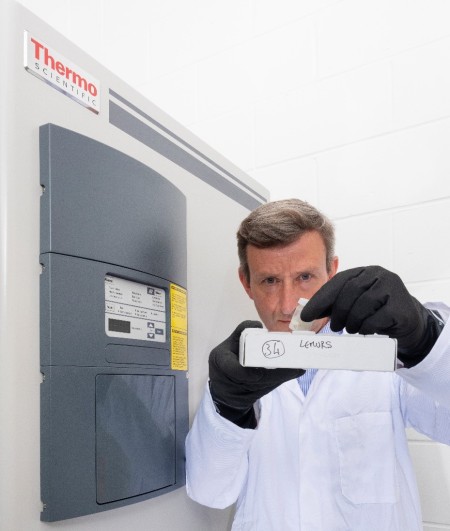 CryoArks is a BBSRC-funded project led by Professor Mike Bruford at Cardiff University, which has established the UK’s first comprehensive zoological biobank for research and conservation. CryoArks is a consortium of museums, zoos, academic institutions and biobanks, which is working together to establish common standards and working practices to store tissue and DNA samples and make them available on a common web portal, so that researchers and conservation biologists will be able to find out what is available for their research. This will help cut down on the sampling of our permanent collections by giving researchers something else to sink their scalpels into. CryoArks has two main sample storage hubs – at the Natural History Museum in London and at National Museums Scotland in Edinburgh – that currently house more than 65,000 samples, but we have room for almost a quarter of a million. The Royal Zoological Society of Scotland is also a joint CryoArks and European Association of Zoos and Aquaria biobank storage hub, bringing the zoo and non-zoo biobank communities together.

END_OF_DOCUMENT_TOKEN_TO_BE_REPLACED 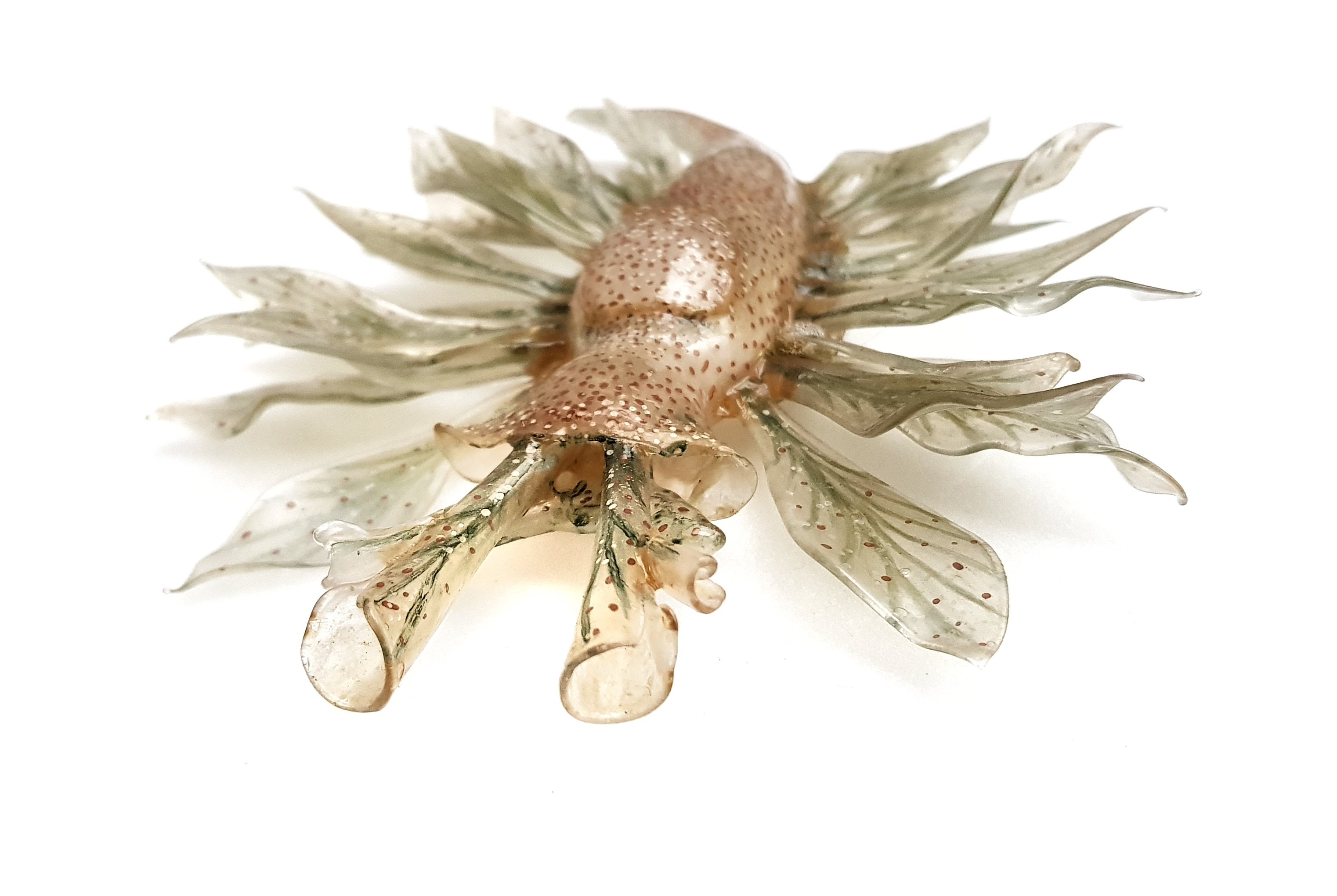 END_OF_DOCUMENT_TOKEN_TO_BE_REPLACED

Written by Maggie Reilly, Curator of Zoology at The Hunterian Museum (Zoology), University of Glasgow.

“Huzzah!” (or something similar) my colleague Adam and I cried as we put the last of our bird skin collection in its new home – the rather swanky Bruynzeel (other brands are available) drawers that are part of the new storage arrangements for the Hunterian at the Kelvin Hall in Glasgow. We don’t have a huge bird collection here at the Hunterian – well, not by some people’s standards, but we do have some pretty special stuff. Cataloguing is not complete (is it ever?), but to date here are the stats: Bird skins 3,587; Bird mounts ca. 450; National Nest Reference Collection ca. 2000; Eggs ca. 1000; Bones ca. 100?; Wet-preserved>30. I am going to focus on the skin collection here.

New storage at the Kelvin Hall for mammal, bird skin and mount collections. © The Hunterian, University of Glasgow.

Most of the skins were moved along with the rest of the Hunterian’s study collections, over the last two years to our new home the Hunterian Collections Study and Access Centre at the Kelvin Hall. The latter, adjacent to University, is an iconic building in Glasgow which has served many purposes in its 100 year history. It is now a partnership between the University of Glasgow, Glasgow Life and National Libraries of Scotland, to provide access to museum and library collections, and sports facilities.

Organising and moving the collections has been a monumental task and is still underway for other parts of the collection.  Thankfully it has mandated much hands-on time with the collections, previously a rare treat.

END_OF_DOCUMENT_TOKEN_TO_BE_REPLACED

In March 2018 Portsmouth City Council was awarded a £79,700 grant to deliver a ‘Wild about Portsmouth project in order to raise the profile of the city’s Natural History collection. In addition to appointing a curator and an assistant, the project enables the development of natural history advocates and a team of volunteers to work on and promote the collection. The project also aims to engage with people in a variety of ways, from family activities to specialist workshops, with the view of participants helping to inform priorities for collection development and new displays.

As a curator with over 20 years’ experience in Hampshire, I have always been aware of the collection but had very little knowledge of it. The last Natural History Curator was 10 years ago and, apart from the occasional request, little had been done to develop the collection. An initial overview showed that the collection was (mainly) in good condition, packed into archival and museum quality boxes awaiting rediscovery.

One of the first tasks was to get an idea of the scope of the collections and their associated collectors. Another task was to recruit volunteers to assist with rearranging the collections to get them into taxonomic order and to catalogue them or update the Modes database with provenance data. To date 10 volunteers have been recruited and are currently working on the geology, shell and botany collections. Once the entomology collections have rehoused over the next few months (the cabinets are currently stored side-on making access to them rather difficult), volunteers will be recruited to re-stage, re-organise and catalogue them.