This is the essence of a talk that was recently presented at the virtual conference of the US based Society for the Preservation of Natural History Collections (SPNHC). Inspired by Das & Lowe in their 2017 NatSCA conference talk and subsequent paper (2018), in a similar way mentioned by Machin (2020) in her recent blog, I have started looking at stories by and about some of our revered plant collectors, or rather, hunting for small clues about their escapades from the perspective of others on their teams. This is with the aim of decolonising narratives for present and future interpretation, having finally opened my eyes and realised that current interpretation for living collections can fall way short of acknowledging what really happened and where credit should lie. And being mindful of different concepts of decolonisation, discussed by Gelsthorpe (2020) in an earlier blog.

For years, the curators of museums and living collections, and their visitors have been programmed to respond to and expect talks of the grand, death-defying adventures of our collectors – so much so that we appear to have closed our minds to the realities and injustices of what really happened on expeditions. 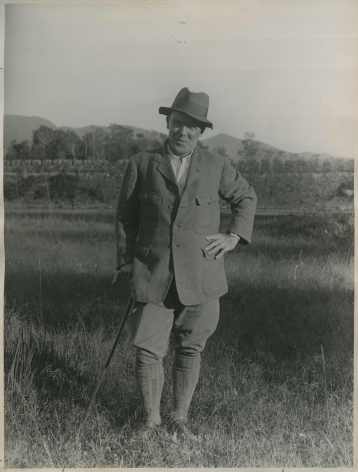 The main focus here is on George Forrest, born in 1873, the Scottish plant collector whose collections still have a huge impact on what is grown in our gardens today. Son of a draper’s shop assistant, Forrest had an interesting earlier career after leaving school at 18 – he worked in a pharmaceutical chemists prior to getting a small inheritance that gave him the opportunity to travel to Australia where he undertook a few jobs including sheep shearing and gold-mining (McLean 2004). On his return to the UK, through a serendipitous stroke of luck in discovering a rare archaeological find whilst out botanising, he landed a job as an assistant in the herbarium of the Royal Botanic Garden Edinburgh in 1903 – gaining curatorial skills and insights necessary to make him an ideal plant collector in the field.