This post is the first in our series of presentation write-ups from the 2015 NatSCA Conference, Museums Unleashed!

I was asked to deliver a natural history version of my social media challenge for NatSCA’s 2015 Museums Unleashed conference. The idea of the challenge, which I’ve run in the past with students and museum professionals who might be afraid of using social media, is to informally discuss how to respond, if at all, to difficult questions that might come in on social media.

Before the conference, I asked NatSCA members to suggest any real world examples of difficult comments and queries that any of them may have received through blogs, Twitter or other social media platforms that were challenging to respond to. Any museum professional worth their salt who has worked in the public galleries can very confidently deal with those tricky questions, ranging from “Did you kill all these animals?” through to “If we evolved from monkeys, why do men and women have a different number of ribs?”. However, with social media it’s different because those responses are ‘published’, and often the platform might not be best suited to dealing with complexity.

There are also considerations depending on guidelines or policies that your institution has in place; some museums seem to have a policy of broadcasting but not engaging, and others will have topics they just don’t engage in. Are you responding as the institution or is it clear that it’s your opinion? Do you have absolute freedom to say what you want on personal social media accounts, even though you may be using them on ‘work’ time (the answer is often no)?

“This museum is disgusting!” Mark lays out the challenge (Image: Grant Museum of Zoology, UCl (@GrantMuseum) via Twitter)

The idea of the workshop was to work in teams to decide how to respond to some tricky social media situations sent in by natural history museum professionals from across the UK, and hopefully as a group show that it’s not always scary. Also, importantly, that you may not always wish to engage, but by using social media cleverly you can engage with your virtual audiences.

First up, though, were the team names. This session was the last formal session of a jam-packed conference, and it showed with the names that the UK’s best and brightest museum professionals came up with: #newbies, Team Celtic and Then Some, Is it Dead? Poke it, Social Six, Team Large, Come Back Right At You, The Con Artists, and the appropriately named Team Conference Fatigue. Exactly the mix of humour that works with social media.

There were five questions the teams drafted responses to:

On first reflection, these questions might set you squirming. Do you engage if it’s tough to respond in 140 characters? If you don’t engage, will it look like the museum is trying to hide something? The NatSCA members rose to the social media challenge, however, and came up with a range of serious, bold, funny, and thoughtful responses. I won’t got through all the ‘answers’ here, suffice to say the merits of crab sex research were defended, there was open discussion about museum ethics (which we rarely display in exhibitions), and a number of very honest responses perhaps spurred on by conference fever.

A selection of responses, both serious and silly (Image: Mark Carnall)

Overall most teams decided to engage rather than ignore any of these difficult responses. One top tip was to make sure you take a step back, as sometimes a hasty or heated response could create a social media storm. Some of these comments could be prompters for policy statements, blog posts, or even exhibitions, that address head-on some of the meatier issues that we may have been reticent to engage with in the past. Some of these could result in genuine engagement, as we saw with a real example of an insect sex tweet from the Natural History Museum, London, and some are an opportunity to show the more human side of the staff that work in, and make, museums.

The workshop got a lot of positive feedback, and hopefully rounded off the two day showcase of how social media can help rather than hinder all areas of museum work, and that engaging with the social side (the hint is in the name) is something to be embraced and not feared.

With the theme of last week’s 2015 NatSCA Conference being sharing collections through social media, there was much discussion about Twitter and the many natural science-related hashtags that abound. So we thought we should compile a list, to make it easier for people wanting to get involved to know what’s out there!

There are many hashtags based on days of the week:

There are lots of other natural science and museum-related hashtags out there, for use any time!

#CreaturesFBTS – Creatures from behind the scenes. Share images of amazing specimens from your stored collections.

#NatSciFashion – Natural science fashion. A new one to come out of this year’s NatSCA conference! Share images of your fabulous natural science-related wardrobe/bags/accessories!

#MuseumDocumentation – Explain what documentation work you’re doing, and why it’s important, in only 140 characters (120 once you’ve added the hashtag). Try it, it’s quite a challenge!

#MuseumSelfie – Share selfies in your museum or with your specimens! There is also a Museum Selfie Day. The next one is on 20th Jan 2016.

#MuseumShelfie – What’s on your museum shelves?

And there are many, many more! Museum Week, organised by @CultureThemes, is also a really good event to get involved with on Twitter. It features seven different themed hashtags over seven days, and is now an international affair. A great way to reach new audiences and share your collections! It ran in March 2015, and will be back for 2016. Culture Themes also organise special museum-related hashtags throughout the year, so keep an eye on their site for upcoming days.

Thanks to everyone on Twitter who offered suggestions! What have I missed? What are your favourites?

Welcome to the weekly digest of posts from around the web with relevance to natural science collections. We hope you find this useful and if you have any articles that you feel would be of interest, please contact us at blog@natsca.org

Looking at Subject Specialist Networks and how this type of inter-museum communication can improve the sector as a whole. An ‘open line of communication’ encourages a quality control that is standard throughout museums, and allows for the incorporation of discussion with non museum based academics. The success of SSNs centres on workshops and conferences though time and money make these logistically difficult. Suggestions are made regarding solving these issues to perpetuate the benefit museums receive via SSNs.

2. Blog: Museum Training for the World

The British Council and University College London have joined forces to launch the Museum Training School. Based in a variety of museums and galleries across London, this school will give early career museum professionals the opportunity to meet with staff from across the sector, and aims to arm attendees with the necessary skills to ensure ‘sustainability and growth’ of collections, galleries and museums for the future.

3. Event: How Museums Can Contribute to Wellbeing

One day event in Newcastle Upon Tyne

This event is aimed at a range of museum staff such as curators, managers, and those involved in education and outreach. it will look at how museums can focus on wellbeing and use it as a tool in relationships and collaborations with external organisations. It will also investigate ways of securing funding, building on the foundations of wellbeing as a concept.

The 24th to 30th March is Museum Week on Twitter. The main hashtag #MuseumWeek will be the umbrella tag that will run all week long. Aside from this, there will be a specific theme, and relevant hashtag, each day, centred on topics related to museum and collections. It will be an opportunity to showcase parts of museums and collections that would otherwise not be accessible to the public. It also aims to give museum staff the chance to interact with each other through Twitter, and for both professionals and the general public to engage.

Welcome to the new weekly digest of posts from around the web with relevance to natural science collections. We hope you find this useful and if you have any articles that you feel would be of interest, please contact us at blog@natsca.org

How the Sedgwick Museum began as a collection of 10,000 fossils ‘of all kinds’ belonging to John Woodward, and his bequest of £100 a year to ‘keep a lecturer’. The fossils were kept for 300 years in five beautiful walnut cabinets, pictured herein. Originally called the Woodwardian Museum, this blog looks at how Woodward helped to shape the museum, and the legacy he left behind.

Case study showed ‘major players’ retweeting you leads to a greater number of retweets and new followers. Timing of tweets is essential, e.g. weekend tweets hardly ever get retweeted. Twitter may not affect KPIs in a measurable manner, but it opens up the museum to an audience that would never otherwise visit for logistical reasons. It also facilitates access to parts of the collections that are not on display.

3. Event: The Future of Museums

A conference and workshop for early career museum professionals

Designed to collate the ideas of aspiring museum professionals, a series of talks and discussions will be followed by the opportunity for delegates to collaborate on a manifesto for museums and collections.

4. Event: Human Evolution – The Story of Us

This mini exhibition will showcase rarely seen objects from UCL’s Biological Anthropology Collection of early hominin fossil casts, including Lucy, the famous Australopithecus afarensis from East Africa. The objects exhibited will also include tools and visitors will have the chance to ‘meet the scientists’. The event will take place in the Rock Room at UCL, which has permanent displays of geological collections. 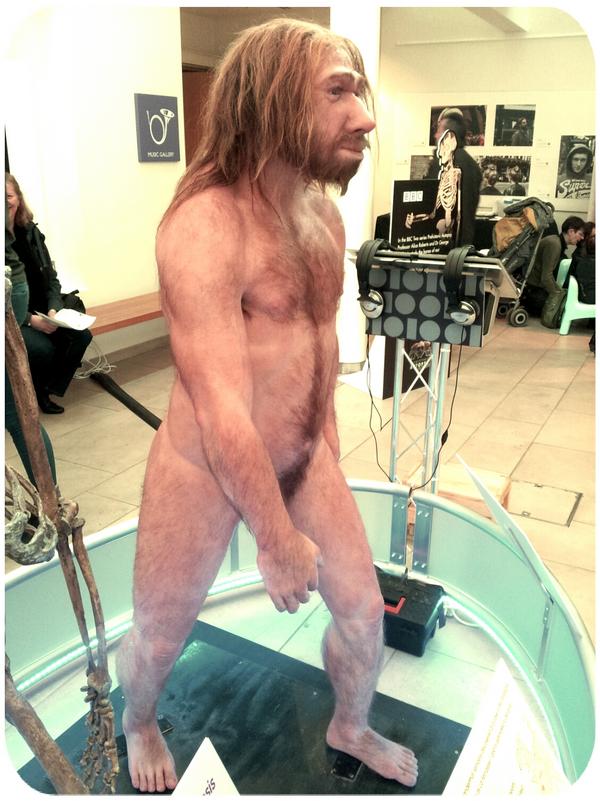 5. Event: Written in Stone: Life and Death in the Fossil record

Evening workshop at the Lapworth Museum of Geology, Birmingham

The workshop will be an interactive exploration of Cambrian organisms that formed part of the Cambrian Explosion and the subsequent Biodiversification Event of the Ordovician. These two points in Earth’s history are considered to be the foundations of the Earth’s biodiversity in the modern day.