Time is racing away, and in just a few days we will be at the NatSCA Bone Collections day in Cambridge (8th September 2015). The talks and posters promise to be really varied, interesting, and hugely informative. There is also the added bonus of a practical session to get your hands on some skeletal material, and, under the expert guidance of Bethany Palumbo, learn all about the basics of bone conservation.

Just a month later (15th October 2015), Paolo Viscardi will be leading a workshop on the identification of natural materials, a free course run by NatSCA and held at the Royal Albert Memorial Museum in Exeter (now sold out).

There is still more good news in that NatSCA, the Horniman Museum and Gardens, and Icon have published a book containing the full papers given at the Conservation of Hair conference held in June 2014. The book is published by Archetype books. 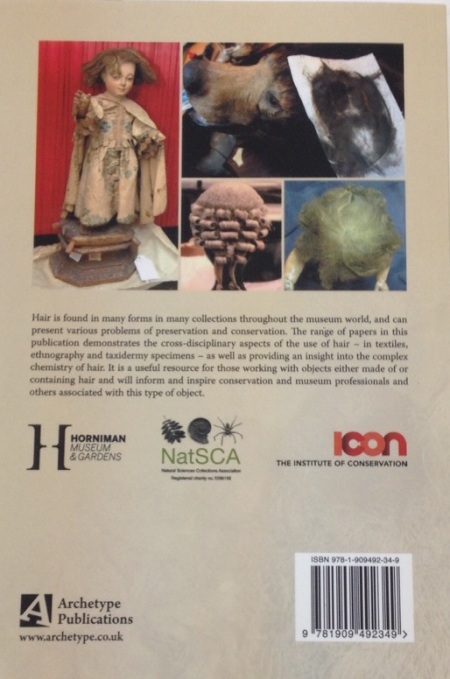 8th – 15th June: The Dodo Roadshow. To mark the Oxford University Museum of Natural History’s nomination in this year’s Art Fund Prize for Museum of the Year, the Oxford Dodo is touring the country, from Land’s End to John O’Groats, in just one week, visiting museums and galleries along the way!

A new species of theropod dinosaur from Wales has been discovered by experts from The University of Manchester, University of Portsmouth, and the National Museum Wales.

A rare meteorite stolen from an Australian museum may have been stolen to order. Scary stuff!

The World Museum in Liverpool has added a new Octopus called Polvo to its aquarium!

A dinosaur reading list for every dino enthusiast in your life!

David Gelsthorpe of Manchester Museum on how the Page Museum at La Brea Tar Pits tells the story of Ice Age animals.

Got a submission for the blog or Digital Digest? Email us at blog@natsca.org