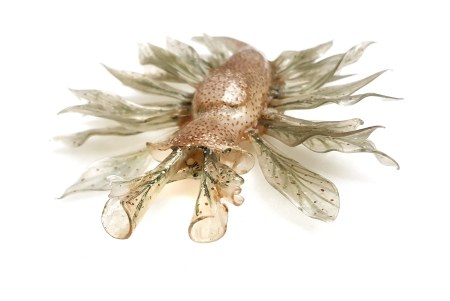 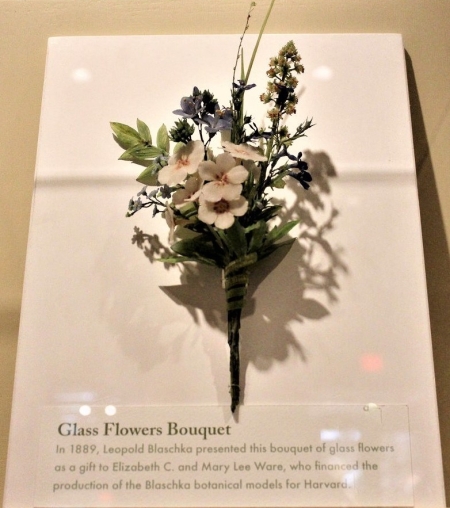 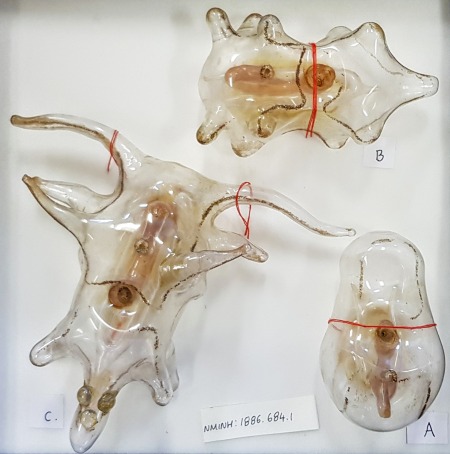 Three larval stages in the development of Asteracanthion pallidus [sic] from a model containing ten parts. Nr.659 in Blaschka catalogue. Specimen NMINH:1886.684.1 at the National Museum of Ireland. Image by Paolo Viscardi, 2018

This poses a bit of a documentation nightmare, as parts of a developmental series have become separated, requiring a good knowledge of the biology represented to allow parts to be reunited and their numbers reconciled. This is made more complicated again by historic loans of specimens to other institutions and changes in the acquisition and registration processes over time.

Data management aside, our extensive collection acquired over a number of years offers an exciting opportunity to track the development of the Blaschka’s skill and techniques, especially when compared with even older collections in other institutions. Some key factors in the evolution of the design appear to be when Leopold (the father) took on Rudolf (his son) in the workshop full time in 1876 and then when the two of them joined Isis (not that Isis – the Dresden Natural Sciences Society).

A large part of the importance of membership of Isis was access to scientific publications with good quality colour illustrations. The earliest Blaschka models (1864-1876) were pretty basic – many were based on illustrations from a children’s encyclopedia, while others were based on depictions on anemones by Philip Henry Gosse, which were pretty, but not particularly detailed (they also suffered from terrible taxonomy). 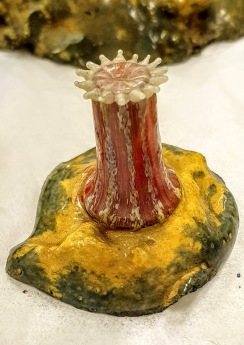 The models started off very small and brooch-like, using expensive coloured glass, but a period of experimentation with new methods of colouring the models with wax and paints swiftly followed. Presumably this was to help keep costs down as the size of the models increased. Unfortunately, the inclusion of wax turned out to be a bad idea for the structural integrity of the models, so many with a wax infill have broken over time.

As the Blaschka’s access to scientific illustrations improved, so did the variety and accuracy of their models. The last of the invertebrate range they produced in the late 1880s were details of the structure of sponges based on illustrations from the HMS Challenger expedition. Interestingly, they managed to get these plates before the full report was published, presumably directly from Franz Schulze, the German sponge specialist who wrote the report and was a regular customer of the Blaschkas.

Detail of the wall of the sponge Eurete semperii [sic] taken from Plate LXXI of “Report on the Hexactinellida collected by H.M.S. Challenger during the years 1873-76”. By Dr. F.E. Schulze

The later models also tended to use glue for fixing and coloured paper behind translucent glass rather than wax infills, making them less prone to exploding when it got too warm. We’ve discovered so much about the construction of the models from damaged examples that now we’re more interested in broken Blaschkas than pristine examples.

I’ve been working with Dr. Emmanuel Reynaud from University College Dublin, and a huge gang of collaborators to delve deeper into the collections at the Dead Zoo and those held in other museums and universities around the world. We’ve been sharing – and requesting information using social media, with the hashtag #BlaschkaMonday and we’re creating a huge database of information about the models.

If you have any Blaschkas and you want to find out more about them, or if you can share your knowledge and perhaps some photos of broken models, then please get in touch and get involved!

One thought on “Invertebrates In Vitro”